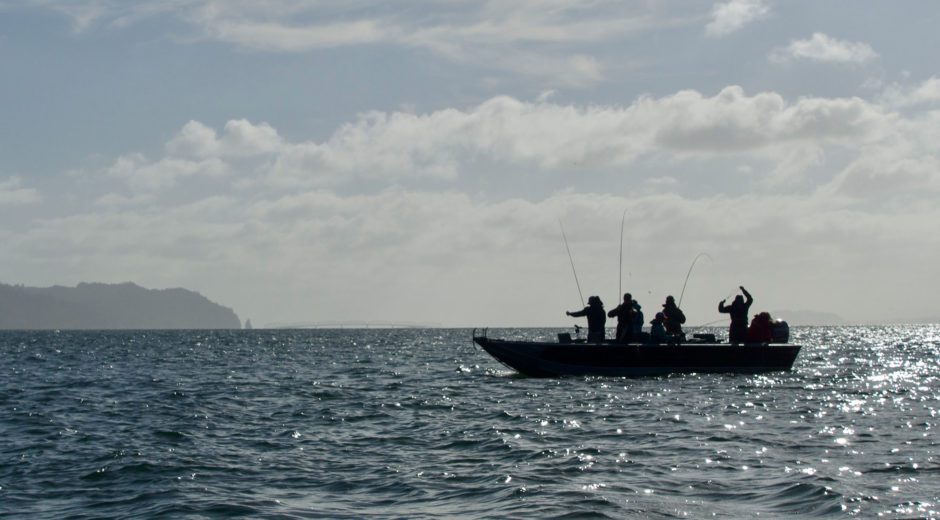 You’ve seen the photos of smiling anglers posing with huge, silvery or rainbow-hued fish on a boat. Chances are, the beauties they’re showing off are North Coast salmon or steelhead, two of Oregon’s most treasured heritage wild foods. Anglers can hook them in either freshwater or saltwater, depending on the season.

Both steelhead and salmon are regulated fisheries, so you’ll need to know what’s permitted on the river you’re interested in dropping your line. Buoy 10  (the local shorthand for salmon fishing season on the lower Columbia) runs in August and September, and the salmon run near Garibaldi from September to mid-November. Note that low populations may end the season early.

For beginners, the best way to catch one of these shimmery beauties is to book a knowledgeable guide on the North Coast. Near Garibaldi, reserve a spot with a Tillamook Coast guide to take you out on the Pacific Ocean, Tillamook Bay (and its five tributary rivers, the Wilson, Trask, Miami, Kilchis and the Tillamook), Nehalem Bay or the Nehalem and Nestucca Rivers. For fishing on the Lower Columbia River for Buoy 10 salmon season, you might choose an Astoria/Warrenton area guide.

Why book with a guide? Because it’s the best way to ensure you have the best day on the water.