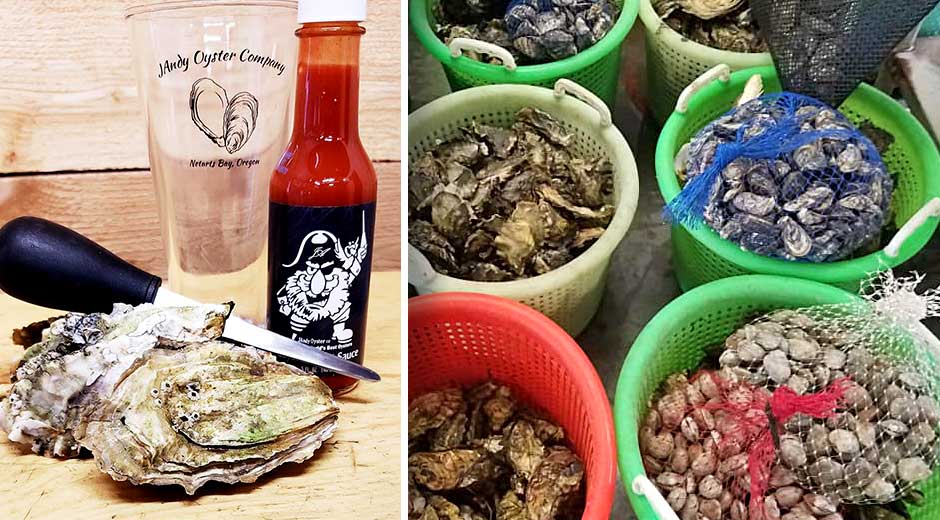 The cold waters of Netarts Bay make the best oysters.

Todd Perman knows that secret and grows oysters there as a part of JAndy Oyster Company.

JAndy Oyster Co. is a two-person operation managing 50 acres of oyster beds in Netarts Bay, and their own retail store in Tillamook. They harvest about 300-dozen oysters each week.

At any one time, they have close to 20 million oysters at all stages of development in the oyster beds, from the 28-day-old “speck-of-pepper sized” oyster larvae to the mature oysters they’re harvesting that were set two years ago.

Recently, JAndy Oyster added an oyster bar to their retail space in Tillamook. They invite you to come by and try the quality yourself; Perman’s favorite way to eat oysters is raw on the half shell with four drops of lime and four drops of Tapatío.

They carry large and jumbos, medium, small and extra small’s in the store.