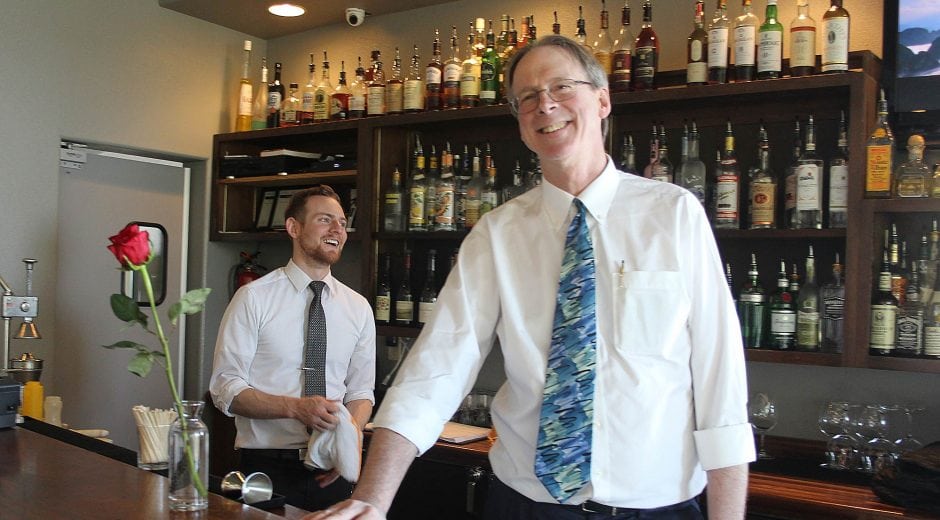 If it’s not in season, you won’t find it on The Bay House menu. Likewise, there’s no frozen fare and the menu isn’t particularly long.

“My philosophy is ‘the more local, the fresher, the more organic, the better,’” says owner Stephen Wilson. “We keep our focus on the Northwest.”

The restaurant has been a fixture on Siletz Bay since 1937. In 1978, it changed hands and became known as The Bay House, adopting a locally sourced menu and building a reputation for first-class fare. Wilson came on the scene in 2005 and added a full bar and lounge.

“I think I spent the first few years of ownership trying to be more things to more people,” he says. “Finally, it dawned on me that bigger wasn’t better. We became more focused, and now feature a fish item, duck dish, a beef item and a vegetarian entrée on the dining menu. It changes based on the season, what’s in season and what’s inspiring our chef, Kevin Ryan.”

The Bay House also offers a five-course tasting menu, and in the lounge, a three-course dinner menu goes for $30.

Wilson explains, “Scotch Graves is our sous chef and his mother, Becky Sue Graves, has a farm up the Siletz River. She provides organic vegetables, flowers and microgreens. It’s fun to tell guests, ‘Hey this was in the ground this morning.’”

The restaurant is located at 5911 SW Hwy 101 in Lincoln City. Visit the Bay House on the Food Trail.