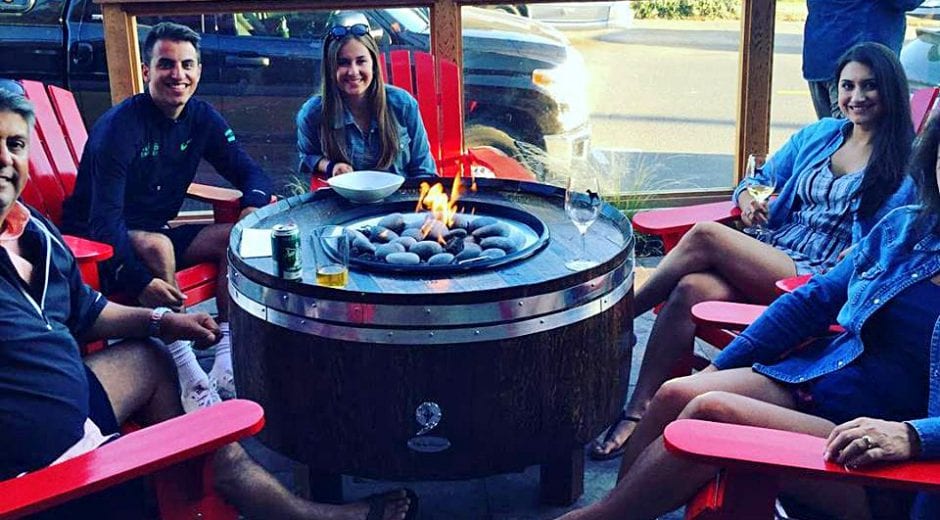 Manzanita is a place that begs to be enjoyed over a glass of wine while admiring a sunset.

And Mark Proden hopes wine enthusiasts will do just that at The Winery At Manzanita.

Proden developed an early interest in wine-making while growing up on a dairy farm in Northwest Wisconsin.

“Winemaking was initially a hobby,” Proden said. “After giving my first batch of wine as Christmas presents in 2006, friends and family encouraged me to enter the wine business.”

His journey into making wine took flight during his time in the military, where his focus fell on wines of the west coast.

“I became interested in wine through cooking during my 11 years in the Air Force as a pilot and engineer, visiting Napa and Sonoma and eventually Oregon as Pinot noir grew in popularity there,” he said.

That interest led him to attend wine school at Chemeteka Community College’s Northwest Wine Studies Center where he put his stamp on the craft.

“I initially founded the winery under the Bodhichitta label in 2009 while attending wine school,” he said. “I was making small batches of wine – 10 to 100 cases at a time – by hand in Salem.”

Proden gained valuable experience working for Crush with Erath, as well as the tasting rooms at Cubanismo and Orchard Heights.

His dream of having his own tasting room became a reality in 2013, when he opened The Portland Wine Bar located downtown just off Pioneer Courthouse Square. It currently carries Proden’s wines, as well as other small labels from Oregon and Washington state.

But the search for a new production space soon gained priority.

“I had been making my wine in a small, cramped space in Salem until the owner needed to sell the building due to medical bills,” he said. “I began looking for a new building and a location that was inspired by nature that would allow for increased production while maintaining high quality.”

Manzanita caught his eye. It was a place he had made frequent trips to over the years with his black lab, Pinot.

A sign on a vacant lot in the heart of town that said “Imagine The Possibilities!” developed a vision for the venture.

The drink menu features local, hand-roasted coffee in the morning and offers wine tastings, flights, glasses and bottle service in the afternoon and evening.

The Winery at Manzanita focuses on a variety of small batch Pacific Northwest wines. Proden’s own label – Island Mana – (developed during his time in Hawaii) is featured.

Pinot – featured prominently as the winery’s logo – enjoys his digs and can be seen lounging near the tasting bar most days.

“I see the Winery as a gathering place for the community and visitors to enjoy coffee, food and wine amongst friends,” he said.

The Winery at Manzanita is located at 253 Laneda Avenue. For more info, email info@thewineryatmanzanita.com.